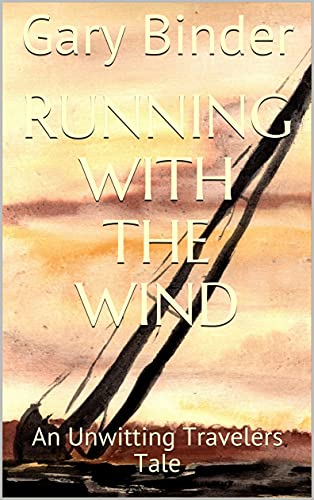 Want to Buy this Book? You can download it or order a paperback

By 4 in the morning, they were heading out Fort Pierce inlet. Sam hadn't slept much in the last 2 days, but the thrill of going out to sea again was invigorating.    The night was windy and ahead they could see the flashing red light that warned incoming boaters of the entrance.  The wind was out of the southeast and the 6' waves were breaking at the harbor entrance.  Sam looked at Mindy, who had never been on a boat in the ocean, and he saw panic on her face as they started into the surf.  The boat rose at the first wave, higher and higher, slowly getting to the top. Leveling off for just a second, the front started falling and rode down the backside of the wave down, burying the bow into the water.  Water came over the entire front of the boat as they ‘submarined’ into the surf.  The first half of the boat had gone underwater.  The clear plastic windshield and canvas Bimini top protected them from most of the water, which was a frothy splashing white water that far back in the boat.

As the boat popped out of the water and rode the surf up like a slow-moving elevator, Mindy almost calmed.  But then, like a bobsled, it rode the backside down and she saw the front go under water again.  She screamed.  He was fighting the wheel to keep the boat from sliding sideways.  This was the best moment of his life as he rode his favorite ride.  It was her worst.

He screamed " Yahoo, ride ‘em cowboy" in part for the fun of it, and part to show her everything was under control.  As they rode the next wave up, he pulled her close and gave her a hug and a kiss.  She was feeling better for an instant, but he had to kind of push her away to control the next ride down.

The dingy had been lashed on the front deck. It was a soft bottom zodiac. The little boat was mostly just 2 inflated tubes. The heavy splashing water was twisting and pulling on the dingy. It looked like a beached whale struggling to get free.

This went on for a good hour.  As they got further out, the waves eventually stopped breaking.  The boat tended to roll up and down with the waves now.  Looking back to shore, she could see the lights of the city which disappeared into the horizon to the right and left.  Ahead, nothing. No land. No boats. Nothing but Dark Ocean.  Again, panic crept up in her.  “Where the hell where they going?” she thought.

To her, it was a nightmare. To him, this could have been a dream. They say you can tell it’s a dream if you can’t remember how you got there. It couldn’t be a dream, he remembered how he got here.